The Judicial Commission of Inquiry into Allegations of State Capture – also known as the Zondo Commission – was a public inquiry launched by the government of Cyril Ramaphosa in August 2018. Whilst the initial furore created by the daily revelations of how insidious Zuma’s state capture project was have somewhat calmed down, it is as important as ever to understand why the commission is so critical, not just for South Africa, but across the continent.

Tara O’Connor caught up with ARC advisor, Lord Hain, on his involvement in the Zondo Commission…

Lord Hain, thank you for agreeing to speak with us around your commitment this year to combat corruption in South Africa. In particular, we are interested in your involvement in The Judicial Commission of Inquiry into Allegations of State Capture and your report presented to the commission in November 2019. What was the key motivator for your giving evidence to the commission?

Thanks, Tara, and for the opportunity to discuss the commission and the report presented, which is of the utmost importance to how we move forward in South Africa. As you know, whenever there are large-scale corruption cases in Africa, there is a propensity to ignore the complicity of international actors in the facilitation of money laundering activities, but rather to focus on the domestic changes that are needed in the subject country. The commission is already well aware of the systemic lack of transparency and accountability of South African government bodies that allowed corruption to thrive. Instead I wanted to use the opportunity to make a plea for the international community to acknowledge its own role in the saga. Domestic changes are, of course, needed in South Africa, yet lessons must be learned by international actors who helped and continue to help corrupt individuals enjoy the spoils of their illegality by allowing them to move their ill-gotten gains from South Africa and then sometimes back into the country undetected. It has to be realised that without these players, state capture could not have been as monumentally lucrative to its perpetrators as it so tragically has been.

You have been particularly vocal about the role played by banks in state capture in South Africa, can you explain why they were a particular focus?

Yes, I have always been very vocal about this. Simply because I strongly feel that it is the banks who are at the frontline of tackling state capture that have repeatedly failed in their duty to prevent it. Electronic banking remains the simplest and fastest means of transferring funds between people and across borders. It allows criminals to move their money to more convenient and less regulated jurisdictions and it ‘cleans’ the money by mingling it with other funds and disguising its source so that it is easier to spend. As we know, the Guptas used a number of international banks to transfer money around their network and disguise payments. The banks appear to have assisted the Guptas in two ways: first by allowing bank accounts to be opened and in doing so granting access to the bank’s global network; and secondly by allowing the transfer of illicit funds into and out of accounts.

There were, however, clear warning signs even in publicly available materials that the Guptas’ activities were suspicious and these ‘red flags’ should have been spotted by the banks either much sooner or immediately – including the secretive nature of numerous transactions, unexplained payments to and from third parties and unexplained connections with and movement of monies between jurisdictions. Given that banks ought to have access to customer data and transaction data for all accounts they open and transfers they facilitate, they are well placed to monitor the legitimacy of any and all transactions, in addition to having regulatory and moral responsibilities to recognise and stop illegal money flows. They systematically failed, time and time again in this case. We have to hold them to account, but also must force them to implement more stringent measures going forward. Banks possess the technological and financial clout needed to force change and my advice is that that power should be harnessed to assist regulators to target their often too limited resources.

What must the banks and private enablers do differently to ensure this is not repeated?

Data sharing will be critical. There must be an increase in the sharing of data within and between banks, professional enablers and the state, so that there is greater visibility around the risk profile of customers and transactions. I know of course that some sharing of information already occurs, however, it is clearly not effective. These banks have to cease hiding behind confidentiality and work collaboratively and pro-actively to share useful data and intelligence on a confidential basis with South Africa, global regulators and enforcement agencies.

Understanding who the beneficial owners (BOs) of corporate entities are is integral to enabling banks and professional enablers to understand the background to a transaction so that a proper assessment can be made of whether there is a corruption risk. For them to recognise suspicious customers or transactions, they have to know the identity of the customer and they must be forced to conduct proper and thorough due diligence on EVERY client. I recommended that audits should be conducted by the South African Reserve Bank on all banks in South Africa. These must happen more regularly and without notice and a random sample of due diligence files should be reviewed regularly as part of this.

Transparency between all parties will also be key to how we move forward. In South Africa, there should be increased transparency around the parties that enter into contracts with state-owned enterprises by creating a BO register. This would help banks and professional enablers to assess the legitimacy of payments from state-owned enterprises to third parties. In order for this to be effective, I suggest the register be updated and verified by an independent body on a monthly basis.

You have said that there have to be some changes around Black Economic Empowerment (BEE) in South Africa. Are you able to elaborate a bit more on what changes you would like to see?

The Black Economic Empowerment (BEE) programme is so important to South Africa’s future. And given its importance, it is all the more tragic that it has been wrongly exploited and manipulated by state capture criminals over a protracted period. I have emphasised repeatedly that greater transparency and accountability in this area is essential to ensure that the important and legitimate aims of the BEE programme are not undermined through corrupt manipulation by a few corrupt individuals (such as the Guptas) and their illegal ‘rent seeking’.

In recent history, contracts with state-owned enterprises have been awarded to enterprises under the BEE initiative that do not have, or intend to obtain, the requisite capability to properly perform those contracts, nor intend to further the aims of the BEE movement. In that regard, there must be increased transparency around whether BEE parties a) have a relevant track record; b) meet basic up-skilling requirements to perform a contract e.g. do hire and train black employees to the number and qualifications required for competency under the contract; and c) satisfactorily perform their contract against contractual key performance indicators including final sign-off on completion. The number of employees retained by businesses claiming to operate as a BEE enterprise should also be recorded, verified and disclosed, as those that exploit the BEE initiative usually create a shell company with very few employees (much fewer than would be needed to fulfil the contract) solely to win the contract. It really is a tragedy how such actions have worked to undermine the necessary objectives of the programme.

How could this additional transparency be achieved?

What lessons can be learned by other African nations from this matter?

Across the continent, citizens deserve better than the looting and devastation caused by state capture that still occurs. I hope the recommendations, some of which I’ve summarised in this discussion, and all put forward to the commission, are implemented not just in South Africa but are used as guidance to all nations. Key to this is an understanding that fighting corruption requires global action and global co-ordination from a range of stakeholders, including governments, businesses, banks and NGOs. Without this cooperation, the state capture of South Africa or another country will happen again.

Therefore, throughout Africa, international actors across the public and private sectors must commit their resources to strengthening regulations, improving corporate governance, increasing transparency and coordinating globally to reduce financial crime. Without cross- border cooperation and engagement of the public and private sectors, no country will be emancipated from financial crime. 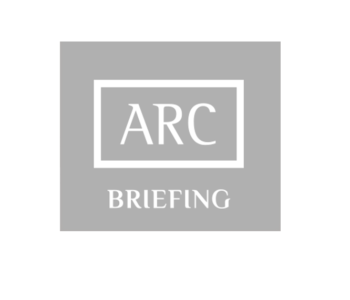