Nigeria remains on a managed float amid economic turmoil

Nigeria remains on a managed float amid economic turmoil

Amidst skyrocketing inflation, cries for policymakers to harmonise the multiple exchange rates into a single market-reflective rate are not being heard, further weakening investor confidence and endangering stability in Nigeria. Investors are now waiting anxiously for 24 May when the Central Bank of Nigeria (CBN) is expected to revisit the liberalisation of foreign exchange.

Management of foreign exchange policy continues to create tension between the Central Bank of Nigeria (CBN) and the finance ministry. In March, the finance ministry and the CBN issued conflicting statements regarding changes to foreign exchange policy. Finance minister Zainab Ahmed informed reporters on 22 March that Nigeria would adopt a new system and flexible exchange-rate policy for official transactions, the Nafex rate. Vice president Yemi Osinbajo confirmed the adoption of a unified flexible exchange rate for federal payments at a Chatham House meeting on 23 March. International media reported Osinbajo’s statements, triggering a positive reaction from financial markets, where Nigeria’s favouring of a stronger naira has come under increasing criticism.

Domestic and international business and the international institutions alike are clamouring for liberalisation. The International Monetary Fund (IMF) made exchange rate liberalisation the sole condition when it approved $3.4 billion in Covid-19 emergency support in April 2020.  A year later, the World Trade Organisation (WTO) – now under the stewardship of Nigeria’s own Ngozi Okonjo-Iweala – has raised Nigeria’s foreign exchange management as a concern for the country’s manufacturing, exports and imports.

The CBN’s intransigence in the face of domestic and international pressure has raised questions about the CBN’s lack of transparency in foreign exchange management. It also highlights the continued weakness of the country’s economic management. Disagreement between the federal government and the central bank is further affirmation of Ahmed’s reputation as “paymaster general” for her perceived lack of power as finance minister. Weakness extends to further embarrassment for vice-president Osinbajo, who was speaking to an international audience on policy reform to enable economic recovery from the Covid-19 fallout.

As if to embed its intransigence, the CBN on 16 April added sugar and wheat importers to its foreign exchange (FX) restriction list with immediate effect.The central bank introduced the FX restriction list in 2015 when it banned companies from using US dollars to import items the CBN deemed could be produced in Nigeria.According to a CBN post on Twitter: “Sugar and wheat to go into our FX restriction list. We must work together to produce these items in Nigeria rather than import them.”

Adding sugar and wheat to the list will immediately boost the incomes of the few local producers and distributors of sugar and wheat but will add to inflation pressures. Nigeria is a net importer of food and adding to the list of restrictions will artificially limit supply and increase food prices further and exacerbate food insecurity. Inflation and food insecurity added to Covi-19-related unemployment is a potent political mix. A local response is expected, and the restriction has prompted widespread concern by national and international stakeholders. It is not clear if reaction will sway the policy makers.

Failure to act on the exchange rate will do little to improve the overall economic picture. Liberalisation would produce a short-term shock devaluation as the currency finds its actual value. But existing measures limiting the supply of goods are equally having an inflationary impact. Inflation has now reached into the high teens for most of the Covid-19 year. Ratings agency Fitch forecasts that inflation will average 16% in 2021 and decline to 13.4% in 2022. Sub-Saharan Africa’s average pre-Covid inflation rate was 8.5%.

Persistent, double-digit inflation and a sustained low oil price have exacerbated the shortage of US dollars, raising more questions – this time about Nigeria’s debt management. Nigeria’s balance of payments gap peaked at $14 billion in 2020. The oil sector continues to account for almost 90% of foreign exchange earnings, leaving limited room to manoeuvre.  Zainab Ahmed confirmed that oil prices were $10 per barrel above projected prices for the 2021 budget, which has allowed for some recovery and a little government flexibility. The 2021 budget requires $6.14 billion to be raised from foreign sources. Debt Management Office (DMO) director general Patricia Oniha hopes that Eurobonds will be an important part of that mix and plans to seek advisors to that end.

Business hopes that liberalisation will come on 24 May are likely to be dashed – again. Weak government, an incoherent economic policy and poor financial management all militate against it despite its being a quick win for investors, manufacturers and exporters alike. The economic management in Nigeria today is reminiscent of that under General Sani Abacha(1993-1998). The only scope for meaningful reform – including currency reform – is only likely to come once President Buhari has left the presidential palace in Aso Rock.  Until then, the general outlook for Nigeria remains bleak.

Get in touch for a full analysis. 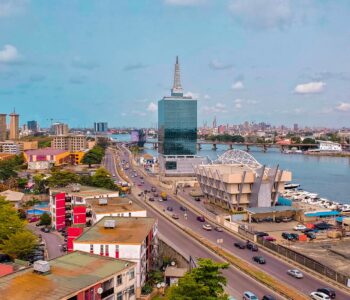 Cabinet reshuffle and high-level board… 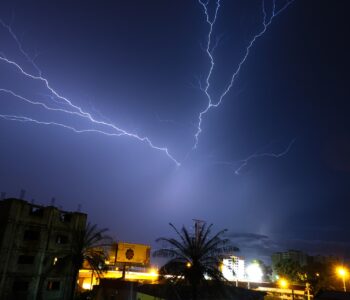 African Societies Plan for a…