As international businesses scurry to close off any links to Russia’s sanctioned political and oligarch class, some of Nigeria’s politicians and would-be politicians may start to feel a little uncomfortable. Nigeria’s domestic politics is often very much as brutal as Russia’s, with a history of political assassination, poisoning of opponents and orchestrated political violence but also of godfathers managing the distribution of power, position and access to wealth.

Long before Russia’s post-Soviet oligarchs discovered London, the City of London was a favoured place for Nigeria’s oil-fuelled oligarchs to house their families, school their children and launder money technically belonging to the Nigerian State through London’s army of professional services, lawyers, trust companies and bankers. While Vladimir Putin is believed to have stashed $100-billion of Russian taxpayers’ oil money abroad through his loyal oligarchs, a Nigerian task force found that $100-billion of Nigerian taxpayers’ money had been siphoned off from Nigeria’s oil and gas industry since the end of military rule in 1999. Russia’s invasion of Ukraine has again focused regulators’ scrutiny on The City, its activities and favourite clients.

That scrutiny – or the fear of it – may be having a cautionary impact on Nigeria’s race for the Presidency in 2023. On April 11, current Vice President Yemi Osinbajo – well known as the ruling All Progressives Congress’s (APC’s) godfather and kingmaker Bola Tinubu’s man – announced his candidacy. Although the Vice Presidency has traditionally been a staging post for a Presidential campaign, Osinbajo is not thought to have “the killer instinct” for Nigeria’s politics, let alone run against a seasoned political godfather like Tinubu.

Former Lagos State governor Tinubu announced his intention to run for President in late January. However, he is already facing substantial domestic – and possibly international – obstacles to his candidacy. During his time as governor, Tinubu built a substantial electoral war chest. Then President Olusegun Obasanjo cut off Lagos state – a hotbed of opposition to the federal government – from federal funds. Undeterred, Tinubu set about reforming state tax collection so he could run the state. A tax collection contract was awarded to improbably named Alpha Beta Consulting LLP (ABC). ABC’s founder and accountant, Oladapo Apara, filed a lawsuit in June 2021 in which he accused Tinubu of concealing his control of the limited liability partnership. Apara alleges that Tinubu instructed him to transfer 70% of ABC’s shares to two individuals of Tinubu’s choosing, as a precondition to granting ABC the contract. During ABC’s tenure, tax collection rose from $24.01- million in 2002 to $720.59-million in 2021 – from which ABC LLP nets a tidy 10% commission. That Tinubu’s wealth stems from tax collection is one of those ‘well known facts’ that have swirled around Nigeria’s rumour mill ever since.

But in a changed global environment, especially one where US President Joseph Biden has targeted ‘kleptocracies’ – that is, states based on State capture – as a threat to US national security, and the US and the European Union increasingly use sanctions against corrupt politicians, Tinubu may be facing pressure from outside Nigeria. Despite London being home to Nigerian oligarchs’ money, any Nigerian Presidential candidate needs to be seen in Washington. Both ABC LLP and Tinubu were last seen scrambling for a court resolution and settlement of Apara’s claims.

Tinubu’s reaction to Osinbajo’s announcement of his plan to run in 2023 was to declare that Osinbajo was “not my son”. While Osinbajo may not have a killer instinct, he does have a reputation as a competent technocrat with a profound understanding of Nigeria’s multilayered and myriad problems. Nevertheless, some speculate that Osinbajo may end up as a front President for another Tinubu-backed Presidency. If Tinubu cannot have the Presidency, he will try to make sure he can control it. Others speculate that Osinbajo’s candidacy is a stalking horse, designed to open the ruling APC floor to more candidates as the party primaries season gets underway between now and June.

As Nigeria’s 23-year-old democratic Constitution takes hold, the Presidential and Vice Presidential candidates’ pool is now drawn from sitting governors of various competencies and experience. This is in marked contrast to the past, where a group of former generals determined the direction of party and country. According to one commentator, the generals’ views are irrelevant now. The inept Buhari – a former general and former military coup leader – is likely to be the last of that era. The political class is looking to back candidates who have achieved in government and in their states. Nigeria’s top performers include ambitious Kaduna governor Nasir El Rufai, who cofounded the APC after running a successful privatisation programme under Obasanjo. Although Borno State has faced sustained attack by Islamist groups, its governor, Babagana Umara Zulum, is tipped as a potential Vice President for his work with United Nations organisations to support relief efforts. Another, Anambra State governor Charles Chukwuma Soludo, oversaw the restructuring of Nigeria’s banking sector in 2006 and liberalised the exchange rate after decades of currency controls under military rule.

Perhaps the strangest candidate is Central Bank of Nigeria (CBN) governor Godwin Emefiele, who reversed Soludo’s liberalisation and reintroduced all the exchange controls (and abuses) that characterised military rule. Though he reportedly has the support of Lagos’ clique of megawealthy businesspeople, a local newspaper described Emefiele’s candidacy as “disturbing”, before listing a string of his failures, including “monetary policy contortions” and the slow slide in value of the naira. Lagos’ infamous rumour mill has it that he, too, has built up a significant war chest and may look to replace Tinubu – at least as kingmaker. 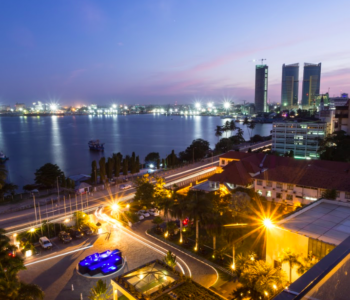 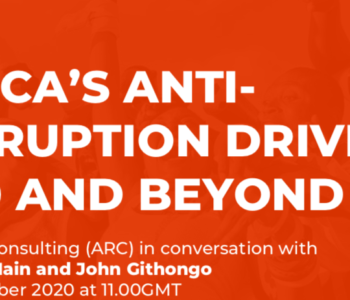